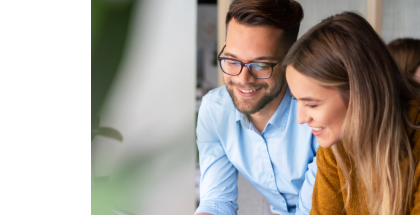 It must start somewhere and in my case was back in Brazil, Rio de Janeiro. When I start with that story, I often get excitement from those that have heard or have been there but also their surprise with two things, first why I have decided to move to a cold and rainy country, and second, I will explain. Before getting to everything in between, let me describe something that happened to me while I was giving an “icebreaker” speech at a local Toastmasters club in Rotterdam a couple of years ago.

During the speech, I decided to talk about a situation that happened to me. The situation happened in a local pub that I like to go to and on that particular day we were enjoying a nice Brazilian band from my friend Marcelo Godoy and obviously, it was full of Brazilians, some of those that I haven’t met yet. A particular guy comes to me and started chatting in English. After a few words, we realize we actually speak the same language, Portuguese, and that we are also from the same country. Everything was just normal, apart from the fact that his first reaction was, “but you don’t look Brazilian!” I had a few moments to process that and instead of saying, you also (probably) don’t (or at least not if we look at stereotypes), I just acknowledged the fact that we are indeed a huge country with quite diverse backgrounds. A history that has a lot of issues but also a lot of beautiful things, such as diversity in people’s cultures and ethnicity. Good sideway to recommend the book Factfulness, by Hans Rosling, that I recently started reading.

I am curious about people and their behaviors, I am also curious about technology and I am not sure I can call it entrepreneurship, but many years ago, back in the suburbs of Rio and as a teenager, we were one of the first that had a CD burner in our neighborhood, Bangu, that would allow me to be able to burn a CD, like the music of videos (still low quality at that time prior to DVDs but already in the transition from WAV to MP3). With that plus dial-up internet access and the early days of file peer-to-peer software, I was able to create personalized albums for some of my mom’s friends that I would meet and do my quick sales pitch while they were in the hairdresser waiting for instance. I know they should just buy 20 different CDs and sponsor the artists but in fact, they would not buy anything and there was no Spotify yet, instead, they decided to give some small cash to a young nerdy boy that could fix that for them and let them enjoy a few hours of excitement and emotions while listening to their favorite songs of their favorite artists.

Moving on, I was assembling personalized computers by buying all the different parts and installing them and then putting in the software and so on. People would enjoy having their personalized PCs, prior to the notebook becoming a thing. That was already a result of one of my first formal IT courses, prior to attending university. That one came in just after my high school graduation and initially, it was Telecommunications Engineering, however, I got a bit bored with all the theory and later moved to a more practical course in Information Systems, something like IT and business combined.

Another reason for changing courses was the schedule. For some reason, traditional courses like certain engineering, law, and medicine, at least from the public universities in Brazil, always expect you to study full-time and (not sure if deliberately or not) with very messy schedules all over the day, making it very difficult for you to have any other activity, being an internship or whatever. Since I was always doing internships/work on the side, it was better to move to an evening study and carry on from there.

I passed through some interesting internships like one in the local TV broadcaster, Uniteve, by being the IT guy there and also the one responsible for broadcasting some live university-related events, including graduation ceremonies, important internal meetings, and discussions as well as cultural and music events. Using 100% open-source technology, I was broadcasting those events together with a cameraman or woman next to me. Later on, I joined a Swedish company that no longer exists, and over there I started to improve my English and meet some friends that I still have today, including some that are living in Stockholm, where I like to visit sometimes.

The former Swedish company, Smart Trust, which then became part of the G&D group, was my last stage before starting a journey that brought me to this room, in Rotterdam, where I write this article today. Back in 2014, I got a scholarship to study abroad and although back in the days I was more into UK music (Indie rock), books (Sherlock Holmes, The Hitchhikers Guide to the Galaxy), and movies (007). I couldn’t find good options in the UK or it was too expensive to live and I also did not feel like embracing the extreme cold of the Nordics, just yet, instead I opt in for this funny country in between, which I did not have specific strong relations with but I admired their development, quality of their universities and the cycling culture. Those things did the job and I still love cycling around.

Although the guy I met during my Toastmasters speech told me I do not look Brazilian, he turned out to become a good friend, I still go often to live music events, and I learned how to improve the little bit that I learned of percussion back in Brazil here. I attended a few samba lessons to improve my percussion skills in a Brazilian Choro School, EPM, here in Rotterdam. So, playing Pandeiro (Brazilian percussion) as well as cycling, doing yoga flows, and traveling are some of my passions.

I decided to skip some things, but I will come back to that and try to connect as we move on. The first important thing to say is that soon after I moved to The Netherlands, the exchange program became more and more serious and I got invited to stay longer and do a graduation project that resulted in a Software Engineering with ERP and BI as a minor diploma. That was my first milestone and immediately after got a job in a Dutch company that years later would become Visa. The very first company that I worked for that I am pretty sure everyone knows. At least my parents do know!

We are now in early 2016, I moved from Eindhoven to Rotterdam, and I just started working for the Dutch company. Although I had real working experience prior to moving to The Netherlands with G&D, it was an intense period, with a lot to learn, and a lot to experience in this new environment. Luckily the business was always doing good, and it even took me to other countries, at times, it was all over the world, but now more concentrated in Europe. From that moment on, a few things changed in the organization and my role. I stayed in the sales and commercialization department, as a sales engineer, or technical pre-sales consultant as it used to be called. Helping prospects in their journey to more digital and secure payment experiences.

As I thought, you may have as well, but what else? For many people, I was just in my perfect comfort zone. Using my creativity, working on exciting projects, and sometimes traveling around the world. But I knew and I guess it is what brought me here, that my curiosity for more was still there and I was struggling to find what I should pursue then. The very first thing that came in mind was an MBA, since I work in sales I guess it was a natural thought. But after having some conversations and checking a few curriculums, I came across a lot of the same. With some minor variations, I was not really excited, or the cool programs would be completely unaffordable, hence I found out about Tomorrow University and their Professional Master’s Degree in Sustainability, Entrepreneurship, and Technology. A mouthful of concepts that we all know but it took me some time to correlate, and I am still learning.

To make things easier I met one of the Founders and for the ones that know Thomas Funke, a true possibilist (a term created by Hans Rosling from the Factfulness book), you know that he is a very charismatic person that easily motivates you but at the same time makes you think. He gave me some materials and I started reading them and I decided to apply to the university. The more I dive into the topics, the more I enjoy them. Aside from things like writing this article, I value the multidisciplinary aspect, and the challenges, as it is literally the name of the different classes.

We went through a learning-to-learn process, work on planning, and know how to manage when it needs to change, creating your own mission statement (mine below), such a difficult task, by the way, learning about the concept of your personal board, even more difficult, creating your personal user manual ― just to name a few of the challenges.

Through state-of-the-art technology and by mastering communication skills, I would like to connect with people and think together about new ideas that will help as many people as possible to grow in a safer and more sustainable environment.

Finally, this is just the beginning and in the same way that I had to start somewhere to write this article, no, I don’t think it should end, it is a journey, and I am quite keen to keep on learning throughout the entire process. Just like my mission statement, it is a baseline, but it will evolve. This is not only my opinion, but I am pretty sure I read it during our lessons, and it is probably a famous quote but I will ignore it for now and let you think with me and enjoy, hopefully like I do, being part of a learning journey, being whatever it is for you.

Connect with Gabriel on LinkedIn: https://bit.ly/3fZ7bZO 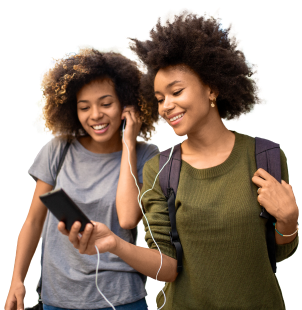 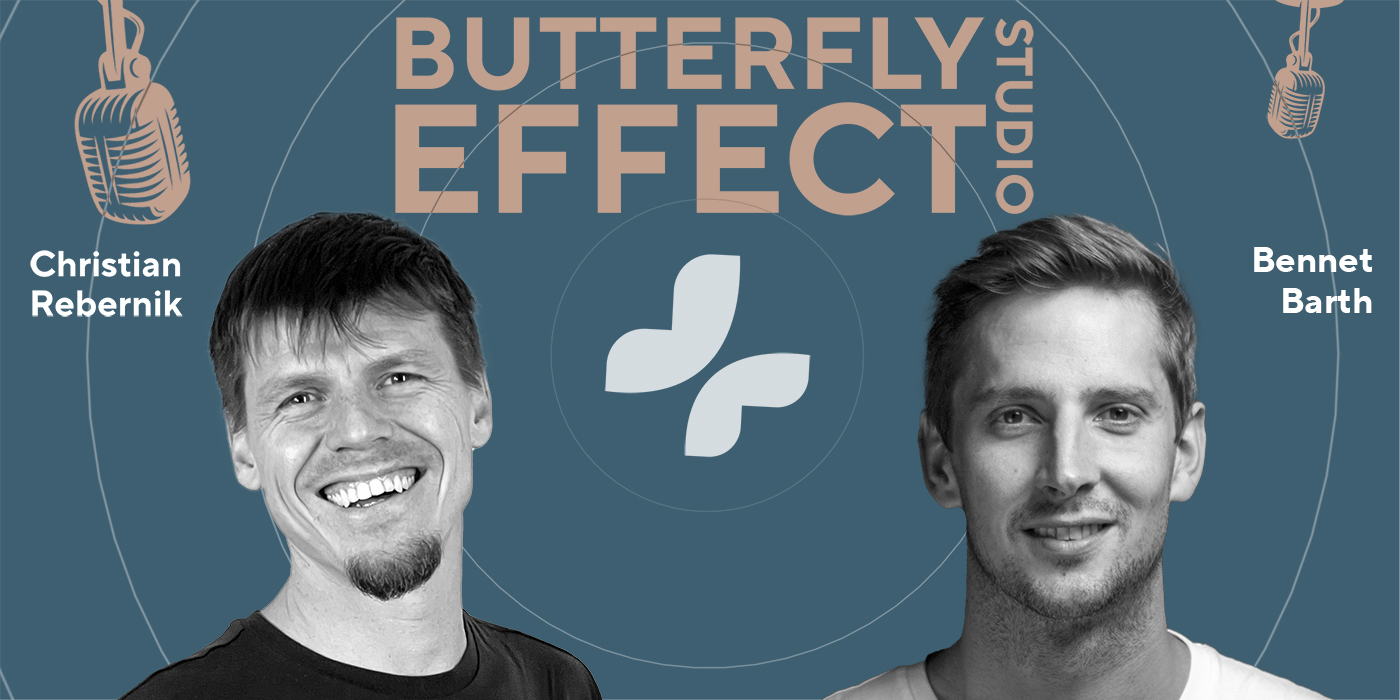 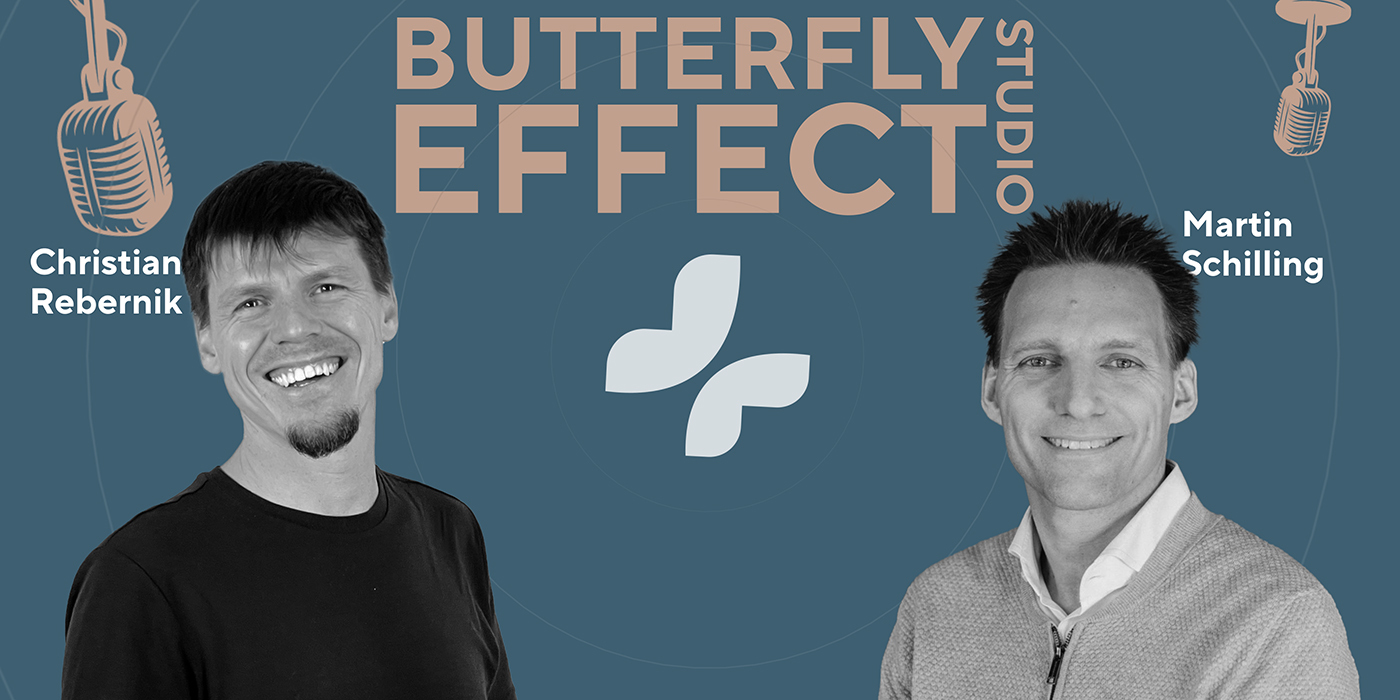